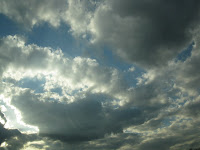 Whilst I dreamed away the night, storm clouds had made their way to us from across the lake, and I was awoken quite suddenly as Mr. Tumbusch and others made a frantic scramble in the early hours of the morning to prevent our goods from getting wet.  Luckily, though the air was heavy and the clouds hung very low, we got little more than a light drizzle.

All were up early, as Sunday was the day for preparations to leave.  I was to accompany the Doctor and the Tumbusches back southward, the Doctor as he made way to his ship, and the Tumbusches to their home.  As camps were being struck, the Doctor and I made our last rounds of goodbyes, and looked at the wares being sold atop the hill just outside of Ft. George.  Ms. Spencer was there, and from her I purchased a new pair of stockings and shawl.  I never have any trouble parting with any coin in Spencer’s Mercantile, I find. 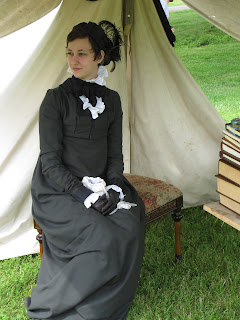 The day was heavy and slow, and rain threatened at every moment.  All were in a great fuss about it – for wet canvas increases the weight by at least twofold, and would thus make travel that much slower.  Mr. Tumbusch was very watchful as his things were struck and packed away.  The Doctor and I spent much of our time together, wandering about from place to place, he to speak with the sailors and officer’s he knew, and I to stand about and politely listen, catching glances at him as often as I could.

As we returned to camp, I was very fortunate to look as though I needed some cheering, so dear Mrs. Tumbusch suggested that with their new purchases and with the state in which their things were re-packed, there would not be comfortable enough room for me in their coach, and it was slyly suggested I travel with the Doctor in his, as he would ensure my safety without a doubt.  He did not object, and I made only a weak objection about possibly putting him out of comfort with my presence and being in general an inconvenient, but none of the party would hear any of that so all was settled.

Our next destination was to be Locust Grove, for their annual festival held on the grounds.  My first experience with this was last year, and what fun did I have! I was very excited to hear that we would reach that part of the country in just enough time to be able to enjoy it.  Even the Doctor, rather prone to being solemn, looked cheered by the prospect. 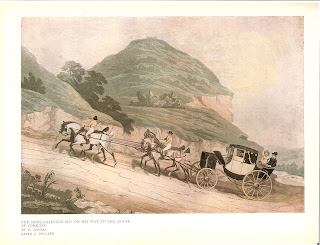 At three o’clock in the afternoon all were prepared, and set off with cheery spirits, and many memories to hold us.  The Doctor and I had, for the first leg of our journey, many an amusing conversation, and I find there was more business of that kind than I can recall in previous situations.  We hardly noticed as the miles and hours slipped past, for he was in such spirits the likes I had rarely seen.  He was so full of stories he could not tell me the night previous for want of proper sleep and food, and I was swept away in listening to the tales of sea life.  I have, though my previous experience with the ocean was not a favorable one, a strong desire still to travel.

In a much shorter number of days we arrives back at Wyndhaven Manor, the seat of the Tumbusches, in Ohio in tolerable condition, though understandably that much travel can knock about a person something terrible.  It felt very good to be back in some manner of civilization and to be properly waited upon by the household.  I find myself now quite exhausted from the traveling about, and as the strong wind that always blows in these parts creates a low sound around me in the middle of the night, my eyes cannot close and I cannot find a will to sleep.   Tomorrow we are to depart after only two days reprieve to Kentucky, and to enjoy the company of friends not seen for some time.
Written by E. Waterman